Here’s how the driver controls are going to be set up for Team Copioli. Both teams are using the VEX Cortex control system instead of the standard FRC control system, just so we can get these robots up and running quickly.

With the robot having four discrete operations (Drive, Launch, Lower Intake & Tusks, Run Intake), it was decided to utilize two drivers- one responsible for driving the robot base, and one for the other functions. However, since launching is very dependent on the position and aiming of the robot, it was decided to give the driver the launch button as well. This leaves the second driver with control of lowering the intake and running the intake roller. As it currently stands, we have the flexibility to alter the position of the intake arm (the “bat” or “leg”)

This picture shows the layout we have planned. 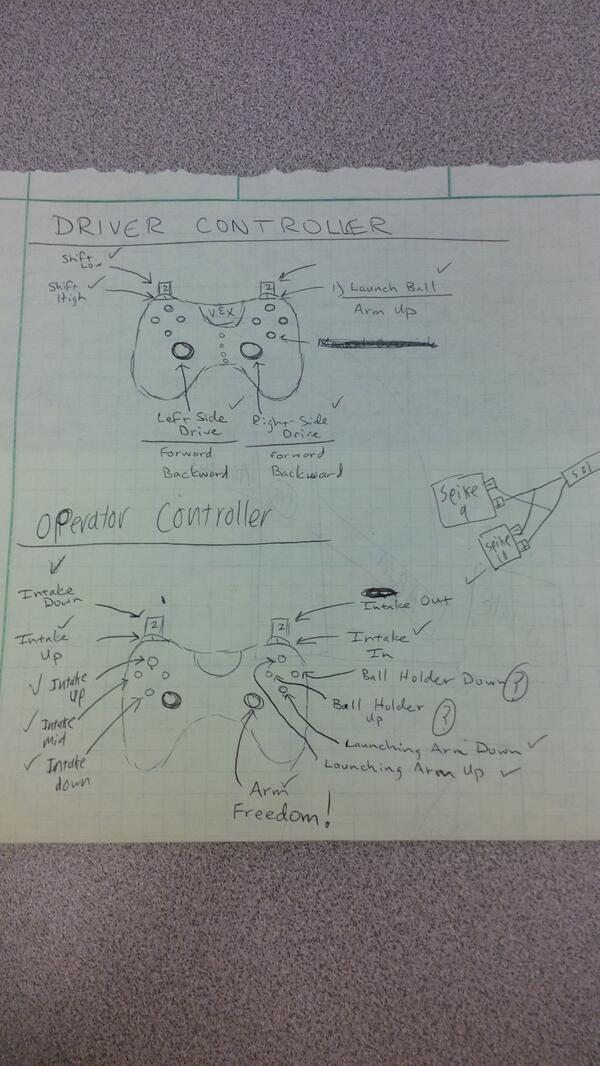